Doing Work the Right Way for More Than 60 Years

Since 1956, contractors, architects, engineers and distributors have trusted nVent CADDY for quality fixing, fastening and hanging products. nVent CADDY is there for customers through every step of the job, from design to installation to inspection. Trust nVent CADDY for applications including electrical, mechanical, datacom, plumbing, HVAC, fire sprinkler and more.

nVent CADDY Products are designed to be:

nVent CADDY creates with the user experience in mind. With years of expertise, our engineers can assist with:

With additional engineering services, nVent CADDY extends its expertise into custom solutions for:

All nVent CADDY products undergo extensive development, testing and certification to adhere to requirements. Our products pass the testing of certification agencies such as:

In the 1970s, a bright mind felt that the CADDY brand needed a mascot to reflect the evolving business. After a few napkin sketches during a plane ride, the CADDY Man was developed into a logo and became an instant favorite, highlighted in advertising and catalogs.With the launch of the nVent CADDY Stuff program in the late 1970’s, customers were able to order everything from mugs to t-shirts with the CADDY Man logo on it. Our bright yellow boxes with the CADDY Man on the side have become a recognized sight on the shelves of distributors and job sites worldwide.

While the CADDY Man has had a few transformations over the years, he still wears his trademark yellow shirt, has his hands in his pockets, and works smarter and safer - waiting on the rest of the job site to catch up to his job well done. He’s an installer, just like the people who use the same, time-saving nVent CADDY products!

Built for Projects, Designed for People

Founded in the USA, Supported Worldwide

nVent CADDY was founded and is based in the United States, but has a wide global footprint with manufacturing plants throughout the United States, the Netherlands, France, and other regional hubs. With a commitment to serving the customer with the best products on the market, the nVent CADDY team maintains visibility into the manufacturing process from start to finish.

The Best Training for the Best Products

nVent CADDY has opportunities for customers to participate innVent CADDY School, a training session that takes place several times a year, walking users through product installation and benefits. nVent CADDY is also investing in the future by supporting new apprentices as well as those with many years in the field. The nVent CADDY team gets out of the office and into the field to do on-site training and demos for customers as well.

Your Team is Our Team

For decades, our product development team has worked with contractors on job sites to understand their challenges and frustrations. The team then applies these observations, developing solutions fitting contractor needs, including ways to reduce time, increase ease of and overall installation. Once a product is developed, the team validates it in the field with our customers. Over the years, nVent CADDY has created a unique relationship with our customers, even creating products named for our most loyal. 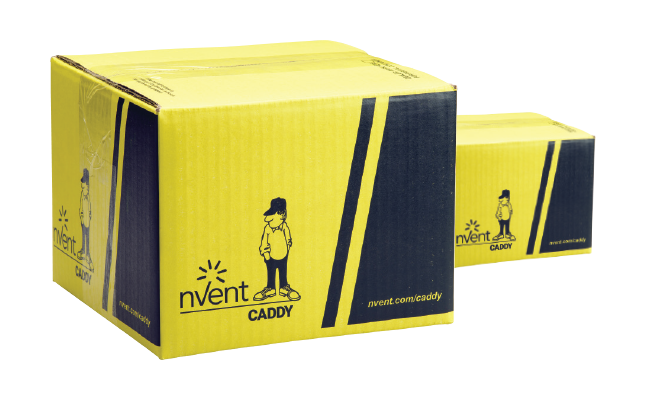 nVent CADDY’s team of experts take the time to create solutions with the customer and their challenges in mind, as well as trends in the current market. Hours of research, product development and engineering goes into the nVent CADDY products customers know and love.

nVent CADDY products solve for these challenges and more, while being engineered to be:

Many injuries on the job site are the result of falls. nVent CADDY products are designed to move a significant amount of the work previously completed on lifts and ladders to ground level, greatly reducing the risk of injury. Tool-free components also limit the use of potentially dangerous power tools.

Every part of an nVent CADDY product is meticulously designed to reduce the amount of total installation time. This is done by making the product install quicker than its traditional counterpart as well as creating products that make it easy to prefabricate complex assemblies on the ground or offsite. Limit rework after installation and meet jobsite deadlines using innovative nVent CADDY products.

Products to fit most applications including:

Find all of this information, plus links to our most popular catalogs and helpful online resources in one brochure!

Ready to get started with nVent CADDY?